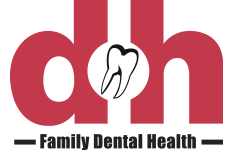 Until recently, options for correcting crooked and misaligned teeth were restricted to metal braces. While their effectiveness is undeniable, many patients chose not to undergo treatment for crooked teeth due to the prominent display of metal over the teeth throughout the process. With metal braces bonded to the teeth, many working professionals elected to forego the long-term commitment and opted instead to accept their teeth as they were. Today, however, correcting mild to moderate dental alignment has never been easier or more visually appealing.

Invisalign® is the first removable and low-profile choice for correcting dental alignment. The Invisalign® system is comprised of a customized set of multiple aligners for the upper and lower dental arches. The aligners are clear dental trays which fit snugly over the teeth and guide the teeth into proper alignment over time. As many as 30 sets of aligners can be worn throughout a course of Invisalign® treatment and each aligner should be worn in succession.

Invisalign® trays vary slightly in their configuration, exerting pressure on the teeth in order to align them as each tray is worn for a prescribed period of time (typically two weeks) before exchanging them for the next set of aligners.

How Does Invisalign® Move My Teeth?

Invisalign® trays use the inherent function of the teeth to allow it to guide teeth into place, in the same way that traditional metal braces do. By exerting pressure on one side of the tooth, the tooth (along with its root and ligament) move away from the direction of pressure. When the root is pressed toward one side of the bone socket, the bone resorbs and creates space to accommodate the root. At the same time, the opposite side of the root and socket remineralizes (creates more bone) to fill in the gap as our teeth migrate. This process happens slowly over time in order to maintain the health of the tooth and the structures that surround it.

How Should I Wear My Invisalign® Aligners?

Invisalign® aligners, although clear and removable, do require a commitment. For this reason, they are not suitable for young children. These aligners should be worn 22 hours out of the day, and should be removed only to eat, drink or to clean the mouth.

Invisalign Clear Aligners are removable for easy cleaning and for instances you may need to wear sport mouth guards.

Invisalign aligners are custom fit for each individual based on the requirements of the treatment.

What Can I Eat with Invisalign® Aligners?

Since Invisalign® trays are removable, you can continue to enjoy all of the foods you usually would while working with the aligner system – but you must remove the aligners before eating. The reason for this is that due to the nature of the trays, any food debris, acid or bacteria that gets under the aligners can put the teeth and gums at risk of harm. Since aligners fit so snugly over the teeth, the natural rinsing function of the mouth via saliva is impeded, and harmful bacteria can be ‘held’ against the teeth – increasing the potential for dental caries and gingivitis.

The solution to this concern is easily found in a consistent oral care routine. Remove the aligners before eating and place them in their carrying case (do not wrap in a paper towel as the trays can easily be lost or tossed away!). Once you have finished eating your meal, brush and floss your teeth before replacing the aligners into a clean mouth. You may consume natural standing water without removing your aligners, but even carbonated water (with its acidic properties) should not be consumed while wearing the aligners.

While brushing and flossing after each meal can take some getting used to for clients who are unaccustomed to such a rigorous oral hygiene routine, many Invisalign® users find health benefits beyond their dental health. Since acidic foods and beverages require a cleaning routine each time they’re consumed, Invisalign® wearers are less likely to consume sweet sodas and unhealthy snack food between meals. The result is increased likelihood of oral health and increased health due to infrequent consumption of snack foods outside of meal times.

How to Determine if You are a Candidate for Invisalign®

Although Invisalign® is a great choice for up-to moderate alignment correction, the system does have limitations where correcting severe malocclusion is concerned. For this reason, it is important to speak with your dentist about whether Invisalign® is right for you.

We thank you for contacting us! We will get back to you as soon as possible!

We are Proud to Announce the Grand Opening of FDH Rabbit Hill in Edmonton!